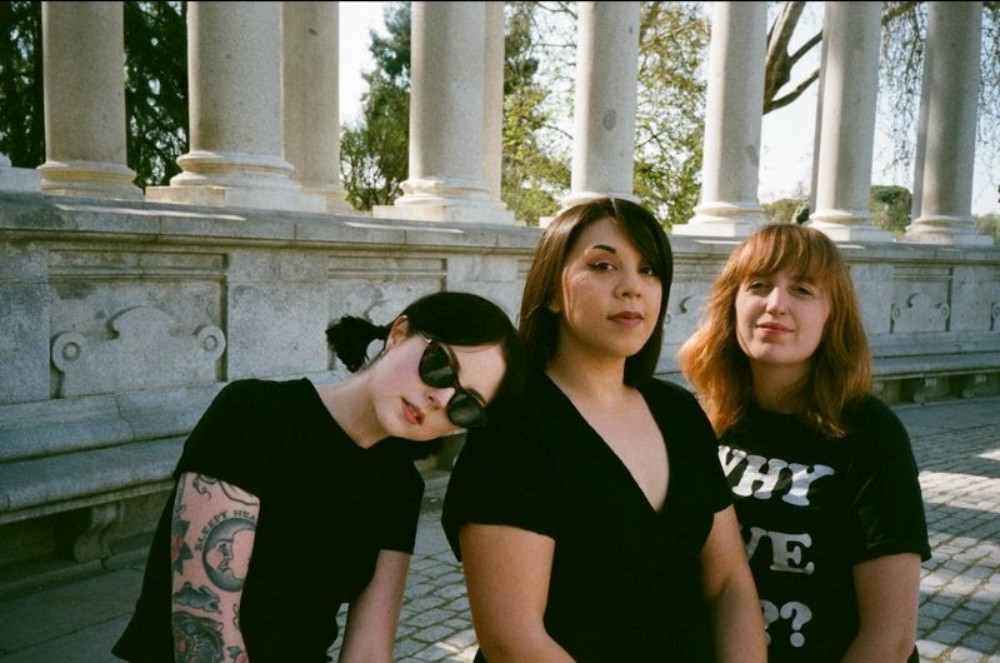 Fresh after receiving its first spin from long-term supporter Marc Riley as part of their BBC 6music live session earlier this week, Chester-based three-piece indie-pop band Peaness are delighted to reveal the video for their new single ‘Kaizen’ which is out now on 7” vinyl and all good digital service providers, accompanied by previously-released b-side ‘Breakfast’.

The news comes ahead of the band’s forthcoming January/February 2020 headline tour dates, a March performance at Ritual Union festival in Bristol, and their biggest ever UK headline date at The Lexington, London on 6th May 2020, setting them up for their busiest and most ambitious year to date.

‘Kaizen’ comes with a relentlessly upbeat video—a lighthearted dose of typical Pea-positivity that contains mountains of Japanese pop-culture references taken from video gaming and movie culture, and belies the deeper meaning of the track, as guitarist Jess explains: “The ideas for Kaizen came from a combination of feeling confused and scared about the future of the planet (because let’s be honest, it’s not great) and our love for Japanese culture.

“It’s a song to remind me that with every act of kindness and every crime, we affect the future and that those choices go on to shape others, and our beautiful planet, long after we’re gone. The word ‘Kaizen’ is a Japanese word that literally translates to ‘change for the good’, and that’s what we’re hoping for.”

‘Kaizen’ is the band’s first new material since their 2017 EP, Are You Sure?, on Alcopop! Records and marks the start of a concerted effort from the three-piece to double-down on their early success.

After a rapturous reception for their early work from ‘introducing’ gurus, music press, and national radio, the trio are now looking to step things up a gear for 2020, and have recently been bunkered down in the recording studio working on a substantial body of new music, with further details to be revealed over the coming months.