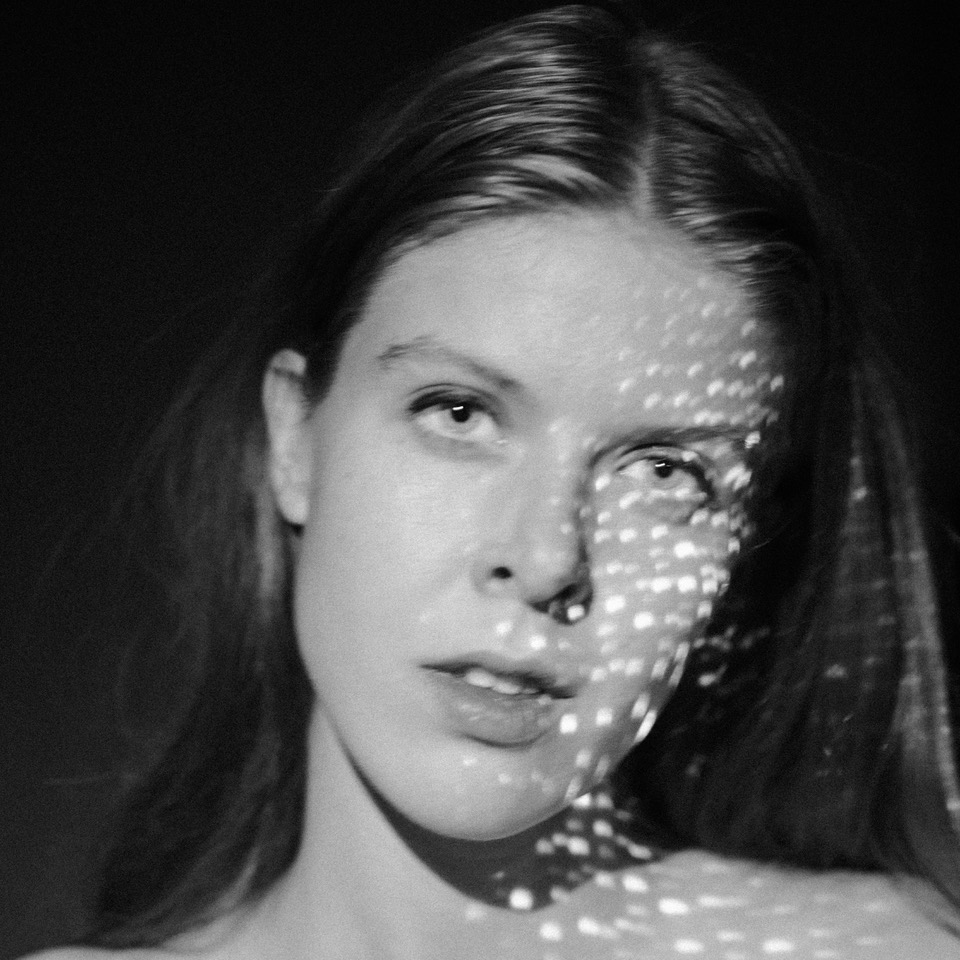 The hauntingly beautiful ‘Shimmer’ is about “loving someone who is a bit broken”. It is a showcase of Ákadóttir’s masterful use of restrained yet powerful vocals, almost a whisper at times, but able to portray such emotion in the subtlest and gentlest of ways.

“Are you more comfortable in your dreams or in reality?” That question sits at the core of “New Dreams”. Her first solo album, 2017’s “Brazil”, was lauded for its ability to bottle a silvery wind—and then let it spill through the speakers and coalesce into a mystic cloud in your mind. That quality runs through Ákadóttir’s prolific catalogue in projects such as Pascal Pinon, Samaris, Gangly, and more. But on “New Dreams”, Ákadóttir wields that shapeshifting beauty with a refreshing command, leaning fully into the spiritual journey of electroacoustic wonder. Ákadóttir owns every element of “New Dreams”, and yet it feels like a surreal landscape left to mutate and grow to its own devices.

Ákadóttir began her musical career as a 14-year-old in Reykjavik, forming Pascal Pinon with her twin sister and a pair of friends. The group’s glittering folk-pop was fueled by a delicate balance of dreamy optimism and warm melancholy. The children of a music obsessive mother and a composer father, the sisters were surrounded by everything from the Cranberries and Tori Amos to György Ligeti and John Cage. Since, Ákadóttir’s music has always explored the vast universe of experimental music while retaining a massive heart at its core.

In addition to Pascal Pinon, Ákadóttir co-founded Samaris, a trio that infused their sterling indie-pop with electronics and epic Icelandic poetry in equal measure. Not content to contain her creative output to eight records between two simultaneous projects, Ákadóttir was a member of the Icelandic supergroup Gangly, has collaborated or performed with a variety of artists including Lapalux and Damien Rice, and has scored several television and film projects.

Building from that diversity of experience, “New Dreams” was built on the road. Ákadóttir first pieced together recordings from her laptop and phone initially intended as demos but retained for their organic feeling. She decamped to New York City to assemble the puzzles, living in a gear-loaded loft in Brooklyn for just under two years. The bones of the recordings are largely acoustic, composed of guitar, piano, and voice. But wisps of smoky electronics intrude into the frame, distorting the imagery for a moment. Sub-bass underscores a rhythmic pulse; pitch-shifted vocals weave a wobbling harmony. In merging these two different worlds in the studio, Ákadóttir, along with further production from Josh Wilkinson and mixing from Paul Corley (Sigur Rós, Yves Tumour, Tim Hecker), produced an otherworldly realm somewhere in between.