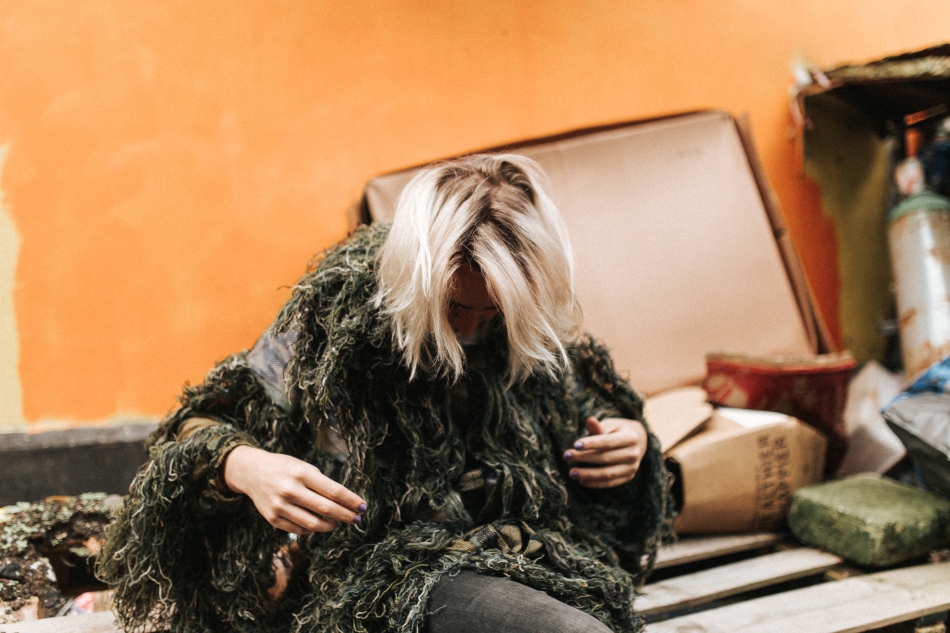 MOGAN  has shared their single ‘What Happens Next?’  off of their upcoming EP release titled Gutter, via sinc(x) Record. The mix and master of the song was done by Cardiff-based music conductor Minas (Hana2k, Luke RV and Dead Method). MOGAN has been featured on God Is In The TV Zine, and on Walya’s Act Normal show for Noods Radio, and Razorblade The Tape. They have performed at multiple festivals including the  LGBTQ+ inclusive music event called The Swansea Fringe Festival. Other events they have performed at include The Forte Project, Safe Gigs For Women and with the Cardiff DIY punk collective Hotel De Mari.

‘What Happens Next?’ on Spotify – Apple Music

MOGAN  is a Cardiff based musician, they ponder and challenge topics like politics, divorce, sexuality, and identity, They have cited musical influence from Bjork, Liars, Peaches, Dirty Beaches and  Broadcast. However, their sound sits closer to the work of Sophie, Arca, and The Knife. Their performances and presentation are anything but dull, with outlandish costumes and movements that at times appear to be animalistic, and at other times lacking human attributes. MOGAN’S sound can fluster new ears with its distorted soundscape, but after listening for a minute or two, the listener will feel a sense of comfort in the inviting bassline.

Speaking on the release, MOGAN shares, “The song really sets up the whole theory of being on the sidelines of chaos. When everything you’re witnessing is so messed up that you’d rather gouge your own eyes out with a compass than see what happens next”