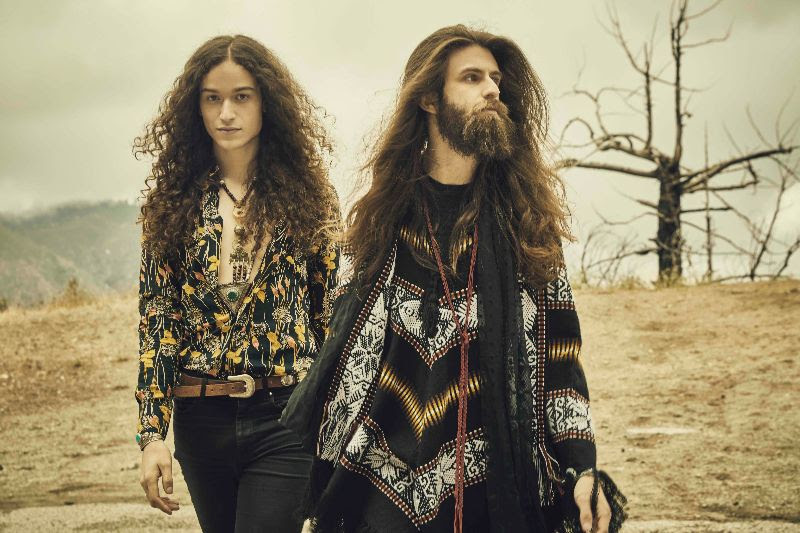 Powerhouse Canadian rock duo Crown Lands have shared their latest track, ‘Howlin’ Back’, which is out now via Universal Music Canada, the country’s leading music company. Guitarist Kevin Comeau describes, “this is a dark blues romper that owes its occult imagery to our fascination with the woods. It’s the most unapologetically blues-based song we’ve ever recorded.”

Produced by the legendary Dave Cobb (Chris Stapleton, Brandi Carlile, Rival Sons) ‘Howlin’ Back’ follows the release of ‘Spit It Out’ and is the second single from Crown Lands’ upcoming debut album which is set to be announced this summer.

Illustrating the vision behind the music and lyrics, lead vocalist and drummer Cody Bowles explains, “’Howlin’ Back’ is about the fears that spawn from campfire tales, it’s that tingling feeling of uncertainty when you turn your back to the woods at night. Hard belting juxtaposed with falsetto vocal textures help colour an eerie atmosphere above the relentless drums and slide guitar that give it swagger and make the tune feel like it’s on the verge of derailing.”