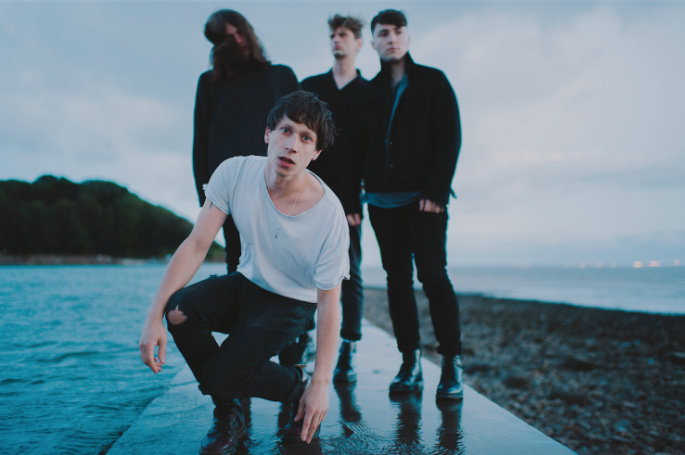 October Drift has announced a ten-date UK headline tour for February 2020 to celebrate the release of their debut album Forever Whatever, out on January 24th via Physical Education Records.

Starting with a show in Bristol on the 7th, the band will showcase their immersive and visceral live energy over dates in Birmingham, Manchester, Leeds, Newcastle, Glasgow, Norwich, Southampton and Brighton, before closing with a date at London’s Old Blue Last on the 18th.

“We felt like we hadn’t spent enough time together recently so we decided to get another tour sorted so we can stuff ourselves into the van to make memories”, says frontman Kiran. “Can’t wait to play our debut album for y’all”

The tour will follow the release of their debut album, Forever Whatever, announced last month along with the release of the album’s title track. A cathartic collection of tracks encompassing themes of loneliness, fear and ultimate positivity, the album builds on the solid foundation that they have built over years of touring and writing to cement themselves as an important and powerful new presence.

‘Forever Whatever’ follows their previous singles ‘Losing My Touch’ – released earlier this year – and ‘All Broken Down’ and ‘Come And Find Me’, released to widespread acclaim last year. With influences as varied as The National, Radiohead, Interpol and Nick Drake, their heavy, pop-inflected rock is delivering a rejuvenating injection of fresh blood to the genre.

One of the most electrifying, charismatic and formidable live acts of the past two years – with appearances at festivals including Glastonbury’s John Peel stage, Reading & Leeds and The Great Escape, as well as a major European tour with Editors in 2018 and a slot at Liverpool’s Sound City – the band look certain to ascend to even greater heights in 2020.

October Drift appeared in a feature on Record Label

Full dates for their February tour can be found below.