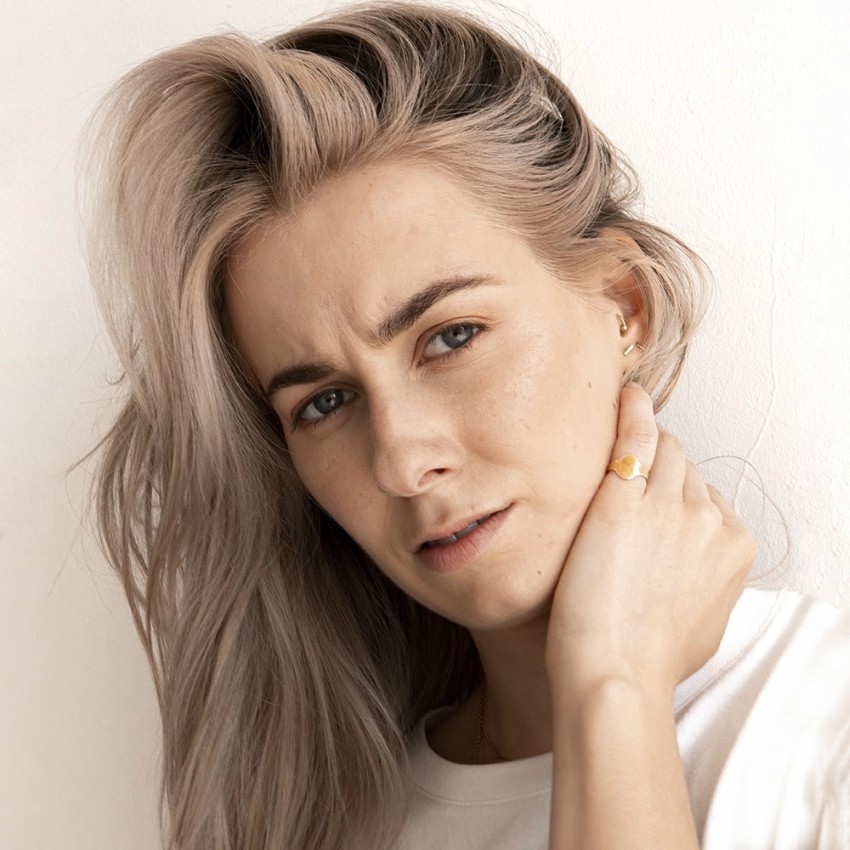 Artist and songwriter Áslaug came into view just a few months ago, but the Icelandic-Dutch singer has been working on her debut for years. Inspired by artists such as The Japanese House, HAIM and Lykke Li, Áslaug introduces her own sound; serious subjects combined with dreamy synth-pop filled with catchy hooks.

See our exclusive interview with her below:

Definitely the release of my debut single. I couldn’t believe the amount of sweet and positive reactions I received. Showing something that is so deeply personal to the world is a very scary thing, but the fact that it was received with such love and kindness made it a very special experience. An absolute milestone.

Alternative-pop. I love it when songs stick, so I want the melodies of my own songs to be catchy as well. The rest of the sound is filled with a lot of vocal harmonies, layered synthesizers and big drums.

I remember very clearly that my big sister got me into music. She’s 13 years older than me, so when she hit puberty in the nineties listening to singers like Lauryn Hill and Mariah Carey that really influenced me at a very young age. She was always singing around the house and I just really wanted to be like her. So eventually I started singing too and I never stopped.

Writing music is something that I do in complete solitude. I feel like that’s the only way for me to be honest about what I want to say and the only way I feel completely uncensored within my creative process. I choose specific days in which I don’t have to do anything else and just sit behind my piano, with Logic Pro open on the side and my microphone recording. It usually starts with the melody for a hook and some chords. After that, I’ll write lyrics for that part which often ends up being a chorus. Then you just have to fill in the other gaps, the verse, maybe a bridge, arrangement ideas, etc. Almost like solving a Sudoku.

One compliment that I’ve received quite often since releasing my first single is that people that know me well say that it’s very “Áslaug”. I love that. I think that the most important thing within art is honesty and integrity. I believe that if you stick to that (and not to the expectations of others), you can’t “not succeed”. No one can deny, ignore or reject honesty. Even if they try, at least I know that I’ve been the truest I could be and that’s a soothing thought.

I think it would be very eclectic. I’m not a fan of one specific genre, but as I mentioned earlier, I really love it when songs stick. So my radio show would probably consist of songs from various genres and artists that just have really good melodies and that give you a nostalgic feeling in your belly when you listen to them.

My debut EP is released today (March 20th). It consists of four songs and is released alongside a short film that I’ve made, kind of like a long music video for the EP.

Every decision you make is the right decision