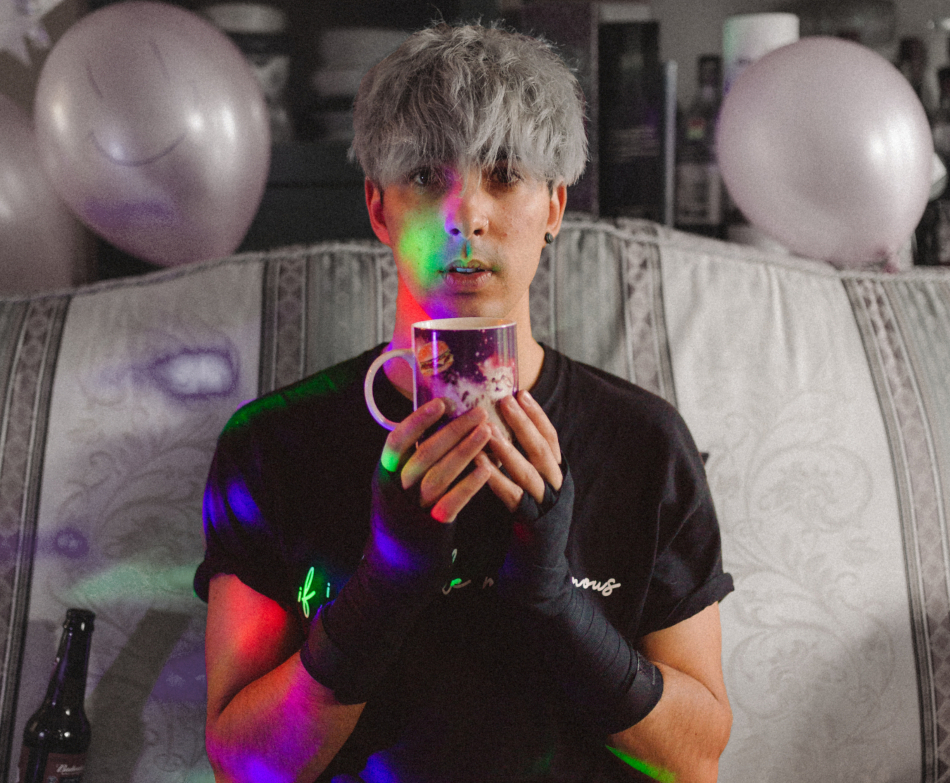 Cameron Sanderson, a rap-singer from London has just released his latest single ‘Grey’ via Broken Thought Records. Sanderson is also an avid supporter of the rap-metal band Linkin Park, asking his parents to buy him the album Hybrid Theory as young as four years old raised no concern.  He grew up with a family of musicians, and music enthusiasts his entire life. After seeing Linkin Park in the flesh, he decided to pursue singing as a professional career. He started sharing videos of him singing music covers on Youtube as a start. To date, Cameron has 15 million views on Youtube and 5 million streams on Spotify. 18 of Cameron’s singles have received airplay on BBC Radio  BBC Introducing Essex, BBC Introducing London, and BBC Introducing Midlands.

We find about more about the London rap-singer in the interview below.

What was the first album that you obsessed over? And why?

Hybrid Theory. I heard ‘One Step Closer’ on Kerrang at 3 years old and that was it. I was going to learn how to sing like Chester & flow like Mike. That’s what I told myself anyway.

The Headline show at the Camden Assembly was a great time! And getting the ISSA award for best male single of the year was kinda crazy. Still thankful for that!

When I was 4 years old and my Auntie bought me Hybrid Theory for my birthday. Been a huge fan since. Then going to Reading Festival at 6 years old cemented music forever in my life.

A lot of the time I’ll come up with the instrumentation that suits my mood and energy at the time… Then I’ll improvise some vocals and I’ll end up subconsciously free-styling lyrics that get out exactly how I was feeling, and fit the track. Music brings out the rawest of feelings and emotions.

My fans singing the words to my songs straight back to me at my shows. That always just hits so different. For all of us to resonate at the same time is an incredibly therapeutic and surreal experience that I wouldn’t trade for the world.

All of the kinds. There’s something to admire about every style of music; Lo-Fi, Chillhop, Jazz, Classical, Hip Hop, Metal, Pop, EDM… you name it! I love broadening my friends’ minds with all styles of music, so why not everyone else!

My first track from If We Were a Film, We’d Be a Sad One is out now. It’s called ‘Grey’. My first track from A Helpless Romantics Perspective on Pandemics will be out soon. Me & Tony22 are releasing our first podcast together called Are We Famous Yet?. It’s following our journey to success and it’ll be available on Spotify and more! A lot coming up basically and can’t wait to share it all with you.

Was the process of writing and recording ‘Grey’ a cathartic moment for you?

100%. I actually remember storming into my studio with a sad, aggressive feeling in my head. The first thing I did was sit at my mic and sing “All I See Is Grey”. Just like that the chorus for the song was done. Instantly I calmed myself and felt more at peace with the situation that was handed to me before I walked in the studio.

A great song by My Chemical Romance.