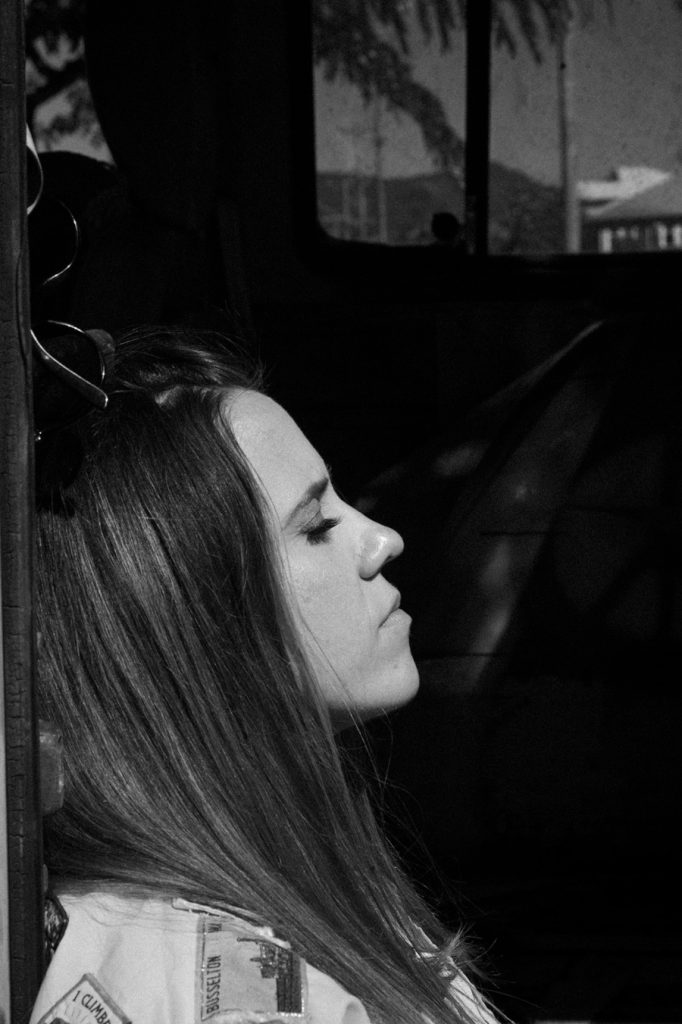 Inspired by her recent tour experience, Leanne Tennant released rollercoaster track ‘Everspin’, which explores her insecurities about getting recognition in the music industry. The musician resides in Australia but she is originally from the UK.  Leanne picked up the guitar and started singing, and writing her own music from a young age. She would go on to tour with artists like Cold Chisel, Joel Quartermain (Eskimo Joe), Ash Grunwald, Emma Louise, Keb Mo, and Colin Hay. Leanne answers your questions in our Q&A.

– ‘Bring It All Back’ added to British Airways #NextBigThing show

– Releasing the first 2 x singles off the new album!  ‘Cherry Cola’, and ‘Bring It All Back’

My sound has shifted over the years and is currently sitting in an Indie-Pop bubble.  The whole album floats between Indie-Pop, and Indie-Rock I guess.

I’ve always loved music.  I would record music onto tape and sit for hours writing out the lyrics just so I could sing along.  It was just a natural progression to begin writing my own music, which eventually I wanted other people to hear, so I recorded my 1st album when I was 16.  It was an 8 x track Mini-Album that I titled ‘8 on 1’ and sold at gigs.

I often muck about on the guitar and come up with some kind of rhythm or melody.  I will play around with that melody for quite some time, before deciding to pen some lyrics.  This is my usual approach. However, sometimes it happens the other way around, which is the case with my new single ‘Everspin’.

I’ve had people write me messages before about how my music has connected with them in some way, and it’s the most beautiful thing to read.  It’s hard to gauge sometimes what an audience is feeling (especially an online one), and I carry a lot of insecurities about how I sound so when someone takes the time to tell you that it meant something to them, it is the best thing in the world, It keeps you going.

Knowing about the struggles of making a living through art, what would you tell your younger self wanting to pursue a career in this industry?

Don’t put all your eggs in one basket.  Try and write with many other people, and have multiple projects to experiment with.  I have always had a day job throughout my career which I am incredibly grateful for as it means I can pick and choose which opportunities I want to take on out of desire, rather than necessity.  I would have to tell my younger self that this incredibly important, and whilst you will always being ridiculously busy, it gives you the financial freedom to be selective.

I would feature a broad range. I love so many different types of music that it wouldn’t be boxed into one genre.  Mainstream radio in Australia doesn’t feature a variety of genres, so I have often found myself listening to online International Radio as there’s so much out there.  It’s exciting and inspiring to hear so much different music, so if I had a radio show I would somehow celebrate this.

What were your highlights and lowlights on the tour that inspired the song lyrics to ‘Everspin’?

I had just finished a run of shows as part of a small tour and had a night off in Sydney before I went home.  I was tired and craving some solitude, so I walked into China Town to grab some dumplings (which is a tour ritual of mine), a glass of wine and plugged in my headphones, and just watched the world go by.  It was then that I had this overwhelming feeling of the world rushing past me, and I was stopped in the middle not moving.

It got me thinking about my love affair with music, but the music industry can often leave me feeling as though I’m stuck in a bubble of noise with everyone spinning past me at such an immense speed, that it’s almost like you don’t even exist.  If you don’t fit into that bubble and you’re not moving fast enough, you kind of float in the middle like a buoy out at sea.

I felt a strong sense of being at peace after I penned this song out on the back of a napkin at this dumpling restaurant.  I suddenly felt ok about being that floating buoy out at sea.

I have another sneaky single coming out next month, and then the full album in May!

Hold my beer, watch this.