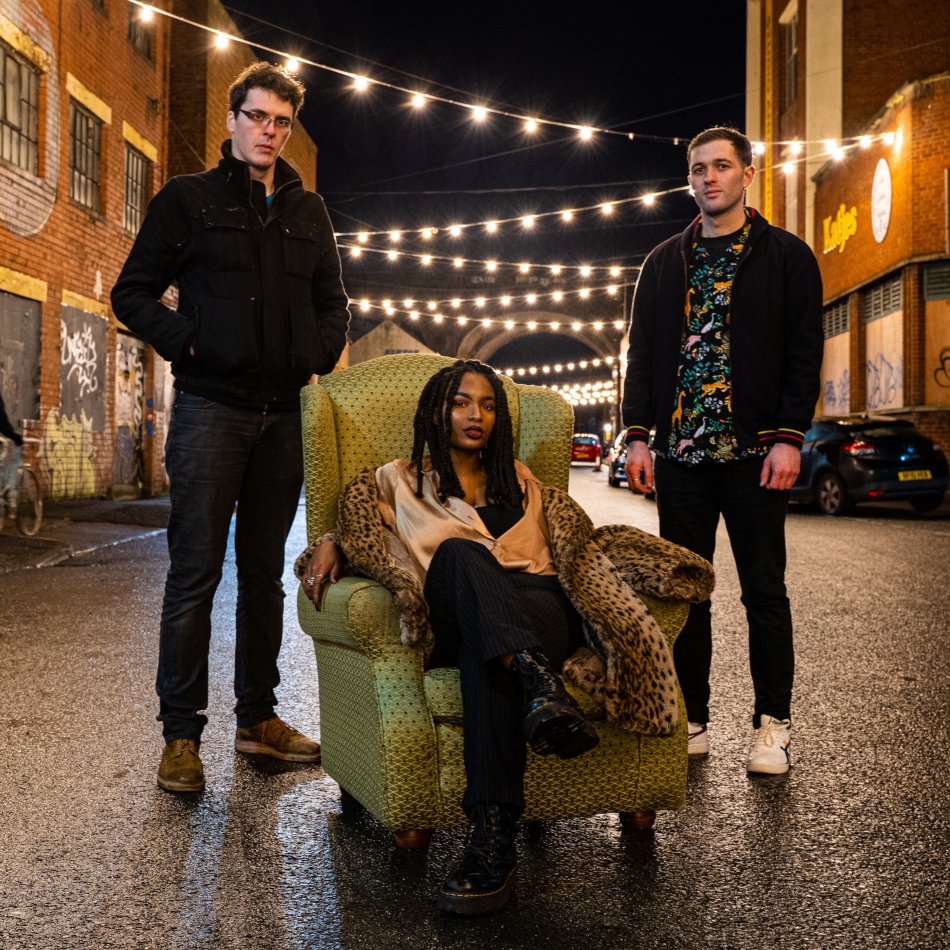 Alt-pop trio Lycio have shared their track ‘Nightfall’ via Lycio Records, the official release date of the track is scheduled for the 3rd of  April 2020. So far, the group has headlined at the magical Sofar Sounds London, which has hosted a bunch of world-acclaimed acts. Other achievements include radio play via BBC Introducing’s Will Wolstenholme, Louise Brierly, and Jack Parker. They performed an acoustic session for BBC Introducing West Midlands. Other noteworthy mentions include the group performing at The Big Feastival 2019, Chris Evans’ CarFest for BBC Children in Need, ‘Evil People’ featured on BBC 6 Tom Robinson’s Fresh Favs in 2018. Lycio have also performed at the Alternative Escape(The Great Escape’s little sister). The band’s resulting sound sits close to the work of Skunk Anansie, Skin, Santigold and Little Dragon.

We find out more about this up and coming group, ahead of their single release date.

Last year’s highlights. Off the top of my head, our joint headline show at the Dark Horse Moseley with Mr Darcy Holmes, and also our show with Clarion at the 02 Academy 3. They both had a really nice feeling of community. Also, our Sofar Sounds London show and playing The Great Escapes’ little sister, The Alternative Escape were both really special evenings.

Our sound, it’s an alternative take on electronic pop. It’s not 100% contemporary (if that’s the correct word). I honestly can’t think of how to describe it in depth. It’s organic, it’s natural in the sense that it all just comes together between the three of us with no ulterior motives.

Earliest entry into music appreciation, when I was 13 I wanted to put music to my words. I bought a guitar for 20 quid in a charity shop and began teaching myself. Not to mention my older sister was very much into indie, metal, and jazz, so the foundations of my music taste definitely began with listening to what she listened to. I’d been writing since I was 7 (usually silly love songs about boys). Then I started getting into writing more when I was 13 (more silly songs about boys). Then when I was 14 I learned a little more that I could write about other things, abstract things, things that don’t necessarily even make sense.

The songwriting process varies. I have a bad case of subjective writer’s block. Sometimes stuff just comes to me and I physically need to jot it down and record the melodies immediately. Sometimes I browse through lyric notes of mine that go all the way back to when I was 14, and I try and bring old words back to life. Sometimes I’m focused on writing lyrics based around a concept.

My most memorable response to our music will probably have to be Sofar Sounds in London. To have all those people who have no idea who you are, engage with the performance, fall silent, applaud. And it’s so intimate. I was so nervous but I’m grateful for the audience I had.

I’d create a modern jazz and soul station. Because there aren’t any stations that I can think of that are putting current/active/young musicians of those genres on a tall enough platform.

Who are your female icons in the music industry?

Do you feel conflicted about releasing ‘Nightfall’ with all the violence that is happening to women?

Sex isn’t about men, sex isn’t about women. Sex is about two bodies, whatever the gender, coming together and creating something beautiful. I don’t feel conflicted whatsoever because sex and sexual violence should never be linked together. We as women should be allowed to speak about positive sex without it being a gateway, or invite for those to take advantage or hurt us.

After ‘Nightfall’ we have its sister track coming out which is called ‘Somebody’. We wrote these songs in the same writing session, both within a week. We think of them as a pair & we think that you’ll be able to tell when you listen to them; they have a similar sonic vibe. Having said this they are totally different lyrically!

Trust your instinct, trust yourself and make music for you. Also, good monitors are essential.