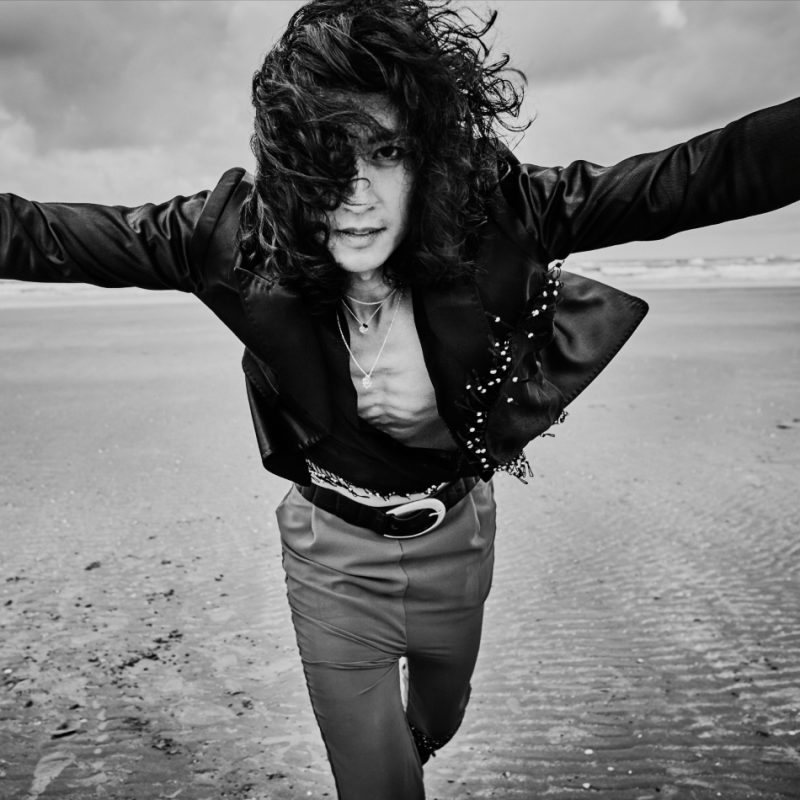 Ilja Alexander, a dream-pop artist from Amsterdam, has released his latest single, ‘Someday’. The track embodies emotion and hope, carrying the listener on the waves of its electronic embellishments. With a simple concept of ‘what could be’ explored, we feel this will be the perfect addition onto any daydreamers playlist.

Curious about the artist who had made the single, we did a little digging. Soon, we discovered that he is popular in Japan and Indonesia and has been featured in both Cosmopolitan Magazine and CLEO Magazine. However, these facts didn’t really help us get to know him better as an artist. The next step was clear: an exclusive interview must follow.

The pay off of this decision, dear readers, was clear – as you will find below.

I could start off with all the things in music I have managed to get done last year, all good things that make me very proud and happy, but I’m far more proud of some developments in my personal life. 2019 was a year where I succeeded, with psychotherapy, to process some profound trauma’s from my childhood. As a result, I have started a journey of emotional opening, resulting in deeper and stronger friendships and family relationships, changing interests, and a more colourful life. 2019 was a year where my journey of personal growth and metamorphosis slowly started to transcend my music. Everyone on my team is continuously taking me out of my comfort zone, a precondition for growth, and throughout the 8 single recordings, the productions of the  “Someday” lyric video and the “Someday official music video, and my band formation in the UK, all completed in 2019. I feel and have become an entirely different person, still detaching from my former self who was incapacitated by the past.

Related to emotionally opening up, I have come to find myself in constant surprise of the sound of new song recordings and I wonder how my sound will continue to develop. I have always been a big fan of Britpop and British indie rock music, newly inspired by the 70s, incl. Motown and envisioning US Billboard productions with song themes that include emotional transformation, nature, mind and spirit. Blending these ingredients creates a sound cocktail that includes my own sound. Who do I sound similar to? You tell me! 🙂

In high school, I was intrigued by the stardom of Elvis and romanticised American life back in the 1950s (which included white Christmases and giant American cars). I came across his comeback show of 1968, performing “If you can dream”, in a black leather outfit, and daydreamed of achieving similar vocal and performing capabilities as Elvis. Also in high school, I started songwriting and writing musical theatre songs for school performances, imagining giant American show productions like Elvis’ shows, but unfortunately for me and the audience, it was far off from my imagination.

I write lyrics wherever I go and whatever I experience. Normally, I write bits and pieces and occasionally entire songs. I also journal feelings, interesting song titles or messages that I wish to convey to the world. When writing melodies I always sit behind a piano, mostly at night and behind a digital piano with headphones, so that no single noise in my surroundings distract me from connecting to my inner feelings. I do have a real upright piano, but somehow I can better connect to my feelings isolated from the world by headphones. I let the piano guide me in melody creation, taking me through interesting and intriguing chord progressions, and conversing with me what emotions and lyrics best match the new chords.

Music, to me, is about the social interaction of creating music together, about creating energy together, and so during a song production and recording, but also true for band production, I leave room for everyone involved, from co-writers, producers, vocal producers, mixing engineers, band members, to add their unique musical influences to my own sound, always of course with a common goal and understanding of where to go, and certainly also where not to go.

You’ve mentioned that the original production of the song discomforted you but it grew to be one of your favourite tracks so far. What caused this change in mindset?

I have always considered myself an open-minded person, reaching out to the world. However, in retrospect, up to the recording of the single ‘Someday’, I guess I was still afraid, and to a certain degree am still, to let go of the full extent of my emotions. Prior to the recording of ‘Someday’, I was too rigid and analytical in creative processes, worried too much about unfamiliar sounds, experiencing creative tunnel vision. In fact, I was already in the process of breaking down walls months before recording ‘Someday’. The recording session turned out to be a breakpoint.

I started the studio session of ‘Someday’ slightly frustrated for having to work with sounds that were so different from my acoustic demo, but I think the real issue was a fear to really need to ‘feel’ as opposed to a process-oriented approach in getting the song recording done. Fortunately, I had great support from my good friends; vocal producer Curtis Richardson and vocal coach Martin Mol as they were extremely patient and understanding to my situation.

By the end of the morning, clouds drifted away and suddenly I found myself back on the streets, riding new waves of emotions as they danced to the new sounds of the production. The recording turned out to be the fastest recording up to that moment. My personal growth continued to accelerate and now linking ‘Someday’ to newfound joy and growth, being open to an evolution in sounds and presence, and continuously pushing myself out of my comfort zone, has become a new standard.

The most memorable response was from a fan who had sent me a direct message on social media, informing me of having experienced difficulties in life that caused profound anxiety, distress and depression with her. She had sent me a message thanking me for having given her my music as it brought her newfound peace, harmony and life energy. Reading the message gave me goosebumps and inner tears of happiness.

I would focus on playing non-mainstream music in pop and rock, occasionally travelling into different genres, taking the audience through different eras of music, presenting listeners with life stories, surprising and beautiful melodies and poetic lyrics, occasionally lyrics with deeper meanings. I would include beginning and indie artists and songs that are soothing and healing for peace and mind. I would include songs that broaden our musicality and songs that help us slow down and insulate us from the, at times, stressful and materialistic life that surrounds us, songs that bring us positivity, harmony and balance and re-connect us with nature, but still enough pop for a large audience to appreciate.

I would include the Hong Kong actor and Buddhist movie star Chow Yun-fat to talk about his detachment from material wealth and Buddhism.

I would include Coldplay and talk about climate change and environmentally sustainable touring.

I would include Brian May and talk about metaphysics, quantum physics and our multi-dimensional universe.

Lastly, I would include David Lynch to talk about light versus dark, world peace and transcendental meditation.

While you are currently based in London you are originally from Amsterdam. Which music scene do you prefer and why?

Some unknown force has always pulled me to and directed me to the UK, although I never really took the effort to visit the UK until recent years. For one thing, I am mostly influenced by the UK music scene, and never really listened to bands or artists from The Netherlands. On an entirely different level, I used to dream as a child and teen of hearing BBC radio broadcasts, while not even having had a radio in my room. I loved watching British shows like Are You Being Served, Blackadder and Allo Allo and favoured British English speech over American English speech. I even was directed by monks to a future in the UK, dreamed about life as a British fighter jet pilot in WWI, seeing myself in the mirror as a native British man in uniform, and liken Queen Elizabeth II to my own grandmother. Now that I recall, I even romanticized the idea of being a knight in medieval England.

I have always loved British mentality and drive, and the grandness and internationally outward attitude of the British entertainment industry and the UK as a whole. I don’t have a preference for either music scene, but somehow I just feel more connected and have always been more connected, to the UK music scene.

As mentioned earlier, I have recorded 8 singles, including 2 future bass dance remixes, in 2019. I intend to release a new single every 6 weeks and to release a mini-album later this year. The next release will probably be the remix of ‘Someday’. Also mentioned earlier is that I, last October,  have formed a band in London. I can’t wait and am truly excited to take my music live and am currently working with my team to start off with live shows. Lastly, I am looking forward to collaborating again with my good friend and American based songwriter and producer Curtis Richardson in vocal recording newer songs.

Take better care of each other and nature.