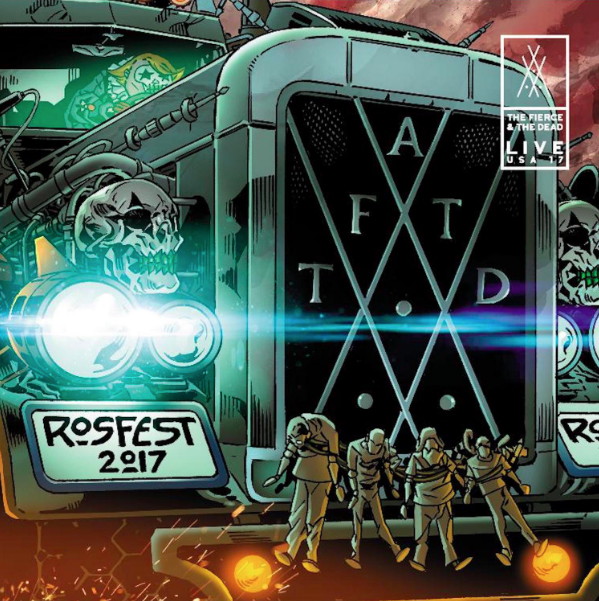 The Fierce And The Dead have released a new live album, Live USA 17. The Album was released 4th October 2019 via Bad Elephant Music.

They have played with artists like Hawkwind, Crippled Black Phoenix, Evil Blizzard and Monkey 3 and at music festivals all over the world, examples include Freak Valley, Arctangent, HRH, Kozfest, Ramblin Man and RoSFest. Their headline shows in Manchester and London 2019 sold out months in advance. So it seems only fitting that they release a Live Album to celebrate.

The North London band have been active in UK’s underground stoner/post-rock/psychedelic/progressive scene for just under a decade. Classic Rock Magazine called them Prog Album Of The Year in 2018, They reached #8 in Prog Magazine’s Best Albums of 2018 and reached #11 in Louder.com’s Readers List Of Best Albums of 2018. amongst other positive press.

Live USA 17 is available on CD and digital download. If you want to experience the band live yourself, you can see The Fierce And The Dead at their performance on November 10th  with Dub Trio at The Underworld Camden.