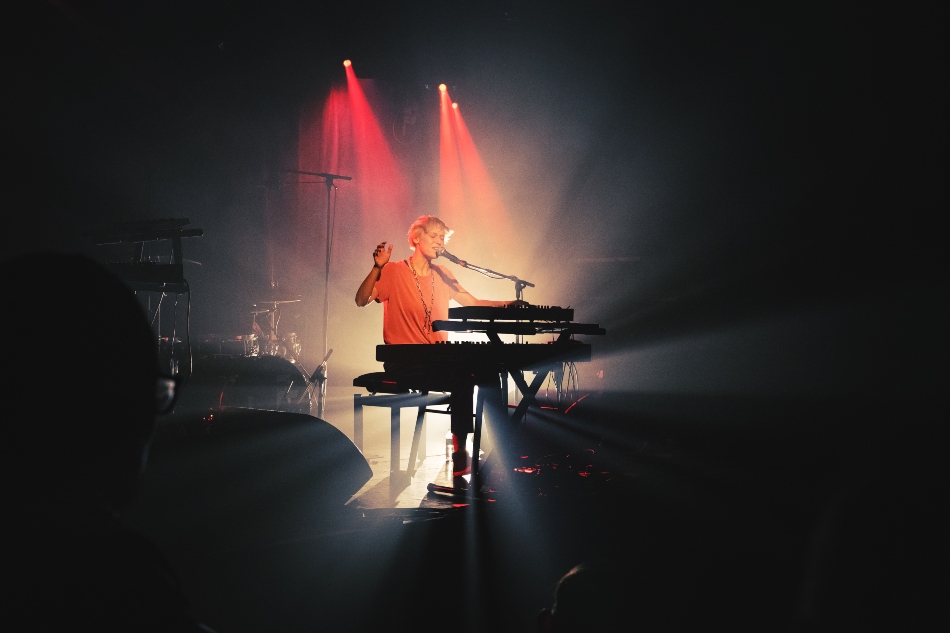 Avant Neo-soul and jazz hybrid, KID BE KID has finally released her EP Lovely Genders for the public’s listening pleasure. Expect the unexpected with the emotions that will be generated from listening to this work, as the artist takes you through an emotional rollercoaster ride, starting with the intensity of ‘Blood’ and the dramatic climax of ‘Lovely Genders’. The artist has cited inspiration from a varied range of music styles including, but not limited to Little Simz, Frank Ocean, IAMDDB, Ama Lou, Erykah Badu, Thom Yorke, Radiohead, Nina Simone, James Blake, Dorian Concept, Noname, Bill Evans, Flying Lotus, and Noga Erez. This fusion of style and influence sits close to the sounds of  Arca, FKA Twigs and the vocals of Solange.

KID BE KID was raised in a musically invested family, her parents are professional classical musicians. From a young age, she began her musical training in classical music. She struggled to find passion in playing, but after realizing that she had a natural ability for song-writing, her new-found interest began to blossom. Years later in a chance encounter, her life would change meeting her philosophy teacher’s son, a jazz enthusiast. She would go on to complete official jazz studies at university.

KID BE KID shares; “As a composer, musician, and producer of the album, I know that there is a small part of my soul behind every detail. There is nothing better than to create a new work in a creative flow within a few months. During that time, everything else doesn’t matter and I just dedicate myself to the music, the sound and the meaning of what’s happening. If you ask me what I ate at that time, the answer is air and inspiration. And chips maybe.”