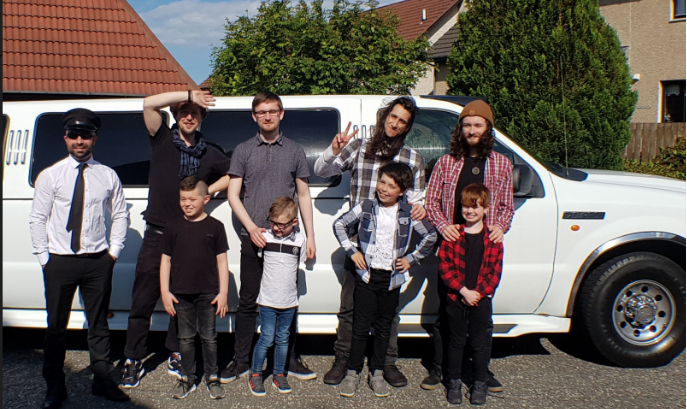 Run to Vega have released their second single called Limousine, a summery upbeat indie-pop song. The positive vibes of the song are coupled with a nostalgic and energetic music video featuring child actors playing younger versions of the band members. With help from local firm Hollywood Cars – much of the footage was shot on the move in a 13 seater Excursion Limousine.

Singer and guitarist Kev Corel is an aspiring filmmaker and was in charge of the making of the video: “We came up with the idea to use children in the video to reflect the concepts the song explores; freedom, positivity and living life in the moment. It was also an awesome experience for the children who loved every minute and had an unforgettable day! One child remarked that they were having ‘the best day ever!’” Run to Vega also benefit from having graphic designer Sye Christian (Space Panda) in the band, who designed the group’s logo and takes charge of creating the artwork for their releases.

Run To Vega is a rock band from Aberdeen, Scotland. It was officially formed by Kev Corel and Sye Christian in March, 2016. They were finalists in the 2018-2019 Eruption – Battle of the Bands. They were also nominated in the Fudge Awards for Best ‘Alternative’ Act.