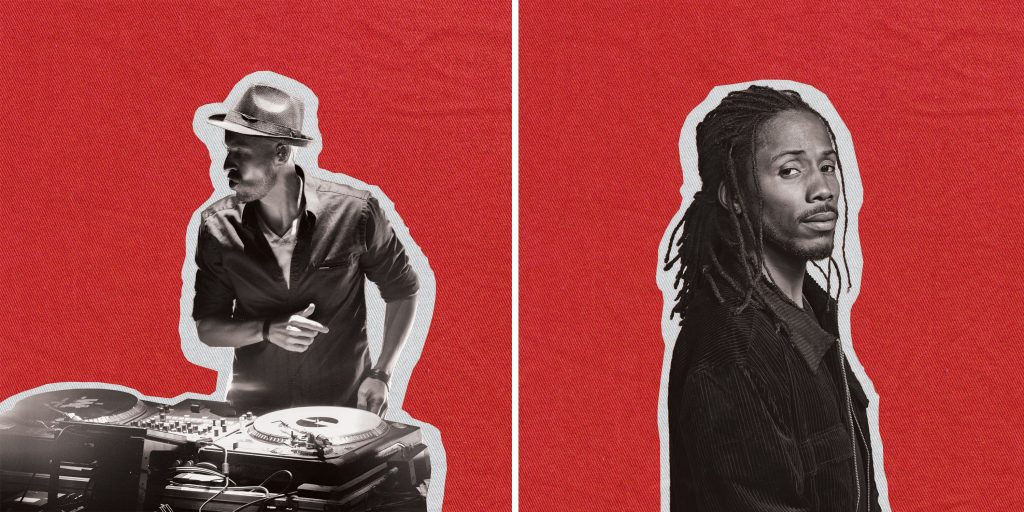 Acclaimed French DJ, Wax Tailor has teamed up with US rising rap star, D Smoke for ‘Keep It Movin’. The two managed to record the track together, in quarantine, from opposite ends of the Atlantic as well as created a colourful music video to accompany it.

The single is a combativeness anthem with electro-funk accents that has already received more than half a million plays across streaming platforms since its release a month ago. During this self-isolation period, Wax Tailor has been working on his forthcoming album and planning a post-pandemic tour, which will add to his live performance concert count of over 800 venues in 60 different countries.

We find out more about what keeps Wax Tailor moving in the interview below.

Orchestral Hip-Hop, not a fantastic description but probably the least bad.

Definitely the golden years of Hip-Hop from 1986 to 1993 with great producers that were a big inspiration at this time.

Not really, it’s all about finding an element, a hook whatever you call it, but something that opens my mind & motivates me to tell a musical story.

You have mentioned in previous comments that you discovered D Smoke on a Netflix series. What about him made him stand “out of the Matrix” for you?

First of all, to be honest, I’m not a big fan of this kind of Music & Competition Show. I’ve checked it more from curiosity but for me, the TV format is kind of fake. But despite what I think about the program you got to admit when someone’s got great talent whatever you think about the show. For me, D Smoke is one of those nowadays artists who make the link with the Hip Hop artists of the 90’. He produces 2020 music but it’s linked with the roots of the culture when a big part of rap artists nowadays are just doing pop music. I really like how he can swing from rap to singing & he’s a lyricist.

Got plenty of things in mind but probably the 1st time Galt MacDermot sent me an answer when I contacted him. It was such an honor coming from a legendary composer.

I used to be a radio host in the 90′ & I had a Hip-Hop show. I don’t think today I would do a hip hop show but probably a kind of digger concept with obscure music from old vinyl.

I’m working on my next album “The Shadow Of Their Suns” that will be released Jan 2021.

Most listeners find meaning within your music, whether it’s a form of social commentary or a message of hope. How do you choose your subject matter or inspiration for your singles?

My inspiration comes from everyday life. We live in a special period & I don’t talk only about 2020 with the COVID but about a larger period. You mentioned “hope” in your question. My 2nd album’s title was “Hope & Sorrow” in 2007. it was about considering life as a tightrope walking with those 2 elements in the balance. In 2020 I think it’s harder to find this balance. There’s nothing new under the sun about injustice but life is about cycles & I think that we’re probably at the end of one of those cycles. My upcoming album’s title « The Shadow Of Their Suns » is an allegory of this world we live, in where a majority of people struggle when a small minority take full advantage.