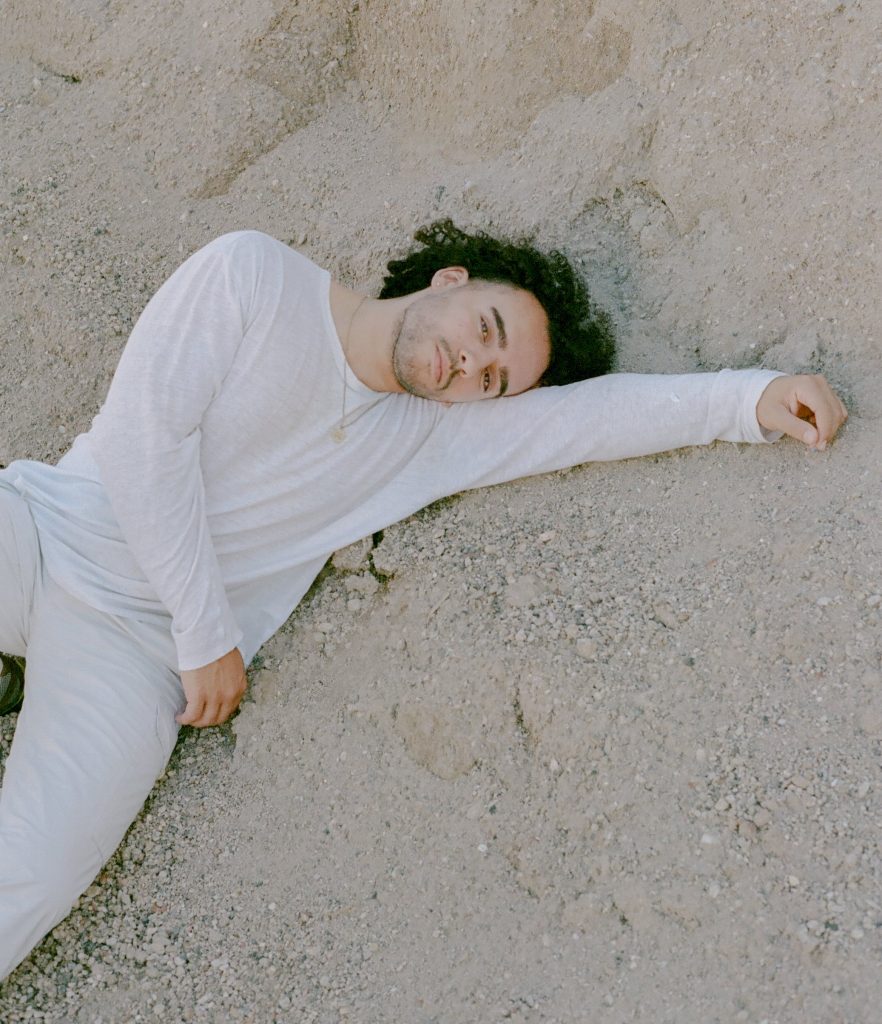 Born with the rare disorder, synesthesia, Jovian is able to smell, taste, hear, feel and see colours in his head that he’s never seen before. He treats the sounds he creates with similar otherworldliness, as evidenced on his recently released single, ‘Better’.

‘Better’ is accompanied by a super-chilled, hyper-cool video and comes in the wake of the huge worldwide success of his single, ‘Timothée Chalamet’. ‘Better’, is a bouncy, airy bop, perfect for a summer afternoon. Jovian’s Weeknd-esque vocals float beautifully over the ethereal synth and soft guitar backing, creating a simplistic yet totally dreamy soundscape that washes you away whilst still remaining pointed and catchy. Showcasing not only Jovian’s effortless vocals but also his extremely elegant flow, ‘Better’ is accompanied by an equally wowing video.

Get to know this very exciting up-and-coming talent better below!

Definitely Late Registration by Kanye & the first 2 Linkin Park records were some initial entries into appreciating music 100%. Then of course when Drake dropped So Far Gone that changed everything because he was the singing rapper that I wanted to be so he showed me it was possible.

I got the internet really late in life so that’s when artists like The Weeknd, Tyler, the creator & Frank Ocean came into my life & that changed everything. Aesthetically I really enjoyed what they were doing & how they were portraying themselves.

Please tell us more about how your latest song/release/project was conceived.

My latest song is titled ‘2 Young’ & was a direct response to getting love & attention from a female I didn’t think I deserved. For so long I gave 100% to women that gave me back 0 so actually having my love be reciprocated felt so alien that it felt wrong. I felt like I wasn’t worthy of it & that’s exactly what the song is about.

I went to acting school for 11 years so that really informs all of my work. I’m so fascinated with the concept of “self-awareness”. Shakespeare has certain scenes where the characters will become aware of how ridiculous they’re speaking or of something they said & comment on it to the audience right in the middle of a scene with another character.

I do the same in my music very often. In my most popular track ‘Timothée Chalamet’ I have a line that says:

“When I’m driving I wish you would turn to deer.

I’d run you over with Tesla & probably cheer.

The idea is we all have these crazy thoughts that we are so afraid to share so we suppress them. In the song it “slipped out” & I wanted the audience to sort of empathize with me so I commented on the line in the song. I think that aspect alone separates me from anyone in the industry because of the lens in which I write my narratives.

Hmmmm that’s such an interesting question that I have never truly thought of.

I am so sure of myself & so confident in my abilities that if I were to ever get hate or harsh critiques it wouldn’t truly bother me because I only care about my critiques. On the flip side, I am so so grateful when fans message me & share their thoughts about my work. It makes me so happy that I’m not on this journey alone. At the end of the day, my music is too good for people to hate on lmao. I am incapable of releasing a bad song. It’s just not possible with the number of narratives I have to tell & the number of things I still have left to say.

Wow another great question that I’ve never thought of.

Hmmmm, it’s not one in particular but overall all the fans that posted Tik Toks with my song ‘Timothée Chalamet’ really made me so so happy.

Fans from countries like Dubai, Saudi Arabia, Australia, India, etc. really make me so thankful that the music has spread that far & affected people that come from a totally different culture than I do. That’s incredible to me.

When fans share my music with their friends & then take videos showing me their friends “first time” is so beautiful too. It makes all the challenges I face super worth it.

My most important influence is astronomy. All I’ve ever wanted to be was a Star Traveller & live in the “Star Wars” universe. I physically cannot do that, of course, so I use it as my main source of inspiration when creating.

Clothes are also a huge inspiration to me. The way certain garments lay on a body, & how certain colours look together just make my creativity fire up!

The most important, though, is probably my ego. This desire to constantly progress & expand my reach is my number one motivator.

Do you have any information regarding upcoming releases, projects or collaborations in the pipeline that you would like to tell us about?

2 more singles + my first feature ever this year!

My debut EP is super close to being finished so expect that shortly after.