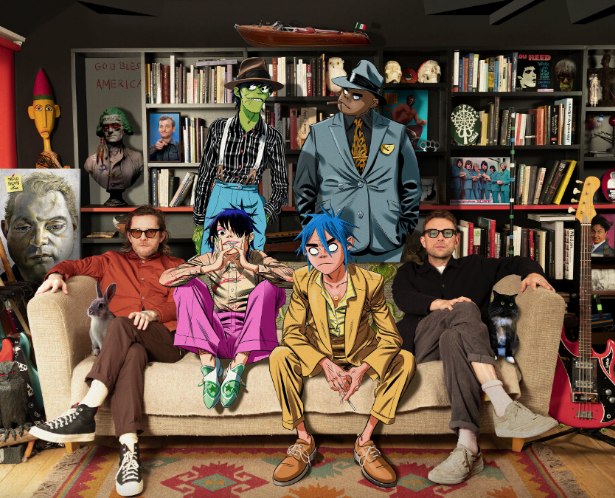 With seven episodes available to date, each with its very own video following the adventures of Noodle, 2D, Murdoc and Russel in the studio and across the world, the complete Season One collection is available now for the first time.

The release sees the biggest virtual band in the world announce a string of live shows, with a global live streaming performance in December and a run of dates next year. The SONG MACHINE TOUR will see Gorillaz broadcast their first show since 2018 live on 12th and 13th December, ahead of a visit to Köln, Berlin and Luxembourg next summer, with a homecoming show at The O2, London on 11th August 2021. Ticket info here.

SONG MACHINE LIVE on 12th and 13th December (2020) is Gorillaz’ first live performance since 2018 and will be broadcast live around the world with three separate shows taking place across three time zones through the magic of LIVENow. WATCH TEASER HERE