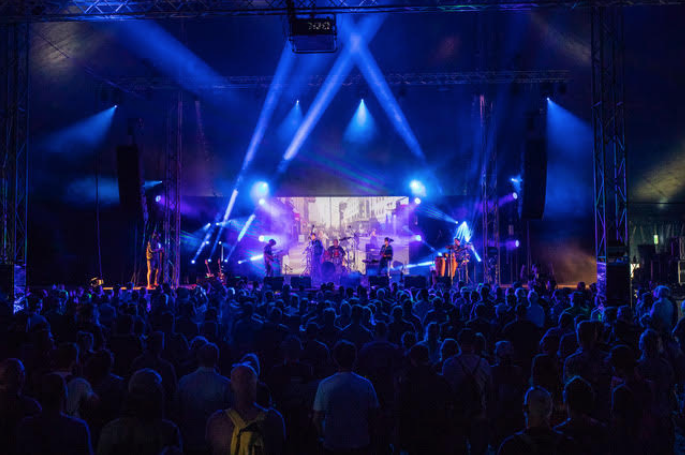 Hello Cosmos have released their new song ‘Let Love Be’. Harking right back to the genesis of the band, the new track is looped from beats and melodies forged during the very first Hello Cosmos sessions and before they’d even settled on a name or being more than a studio experiment for fun.

“The song title of ‘Let Love Be…’ was originally written on honeymoon about my better half, Dr Roxy” says Ben, “but it seems to have taken on a potent message in the current climate. The guest vocal is by Jordan Hodson, it’s our first time working together but hopefully not the last. She has a really versatile range which is rare to find.”

Hauling together its constituent parts, from Ben’s repetitive vocal line to the Weatherall-wavelength riding sonics, Cosmos comrade Joe Thompson welded each into the chugging juggernaut we hear today. With a final fit-out at the legendary Greenmount studios, the finished version is a mesmeric 5+ minute wig-out which can be heard in its full glory on a new EP entitled: ‘Let Love Be The Island Upon Which We Stand’ set for release this Winter.

Immediately following the band’s ‘Run For President’ EP (released Summer 2019), the upcoming 4-track release will include new material ‘Let Love Be…’ and ‘Shores Of Mankind’, plus two stimulating remixes courtesy of Joe Thompson and Richard Norris (The Grid, Beyond the Wizards Sleeve, Circle Sky). It takes a more electronic footing than the previous release but blisters with the same melting-pot-of-influences approach that is definitive of their style.

With a message of hope, love, and unity underlying the upcoming release, in something of an act of karma Hello Cosmos will be releasing their new single on 31st October 2019 – a day many are anticipating as one of deep divisions. On the same evening as the track’s release, the band will be inviting you to join them at a special one-off hometown headline gig at Manchester Soup Kitchen to launch it; a night of resilience and rock’n’roll to ride through these troubled times.