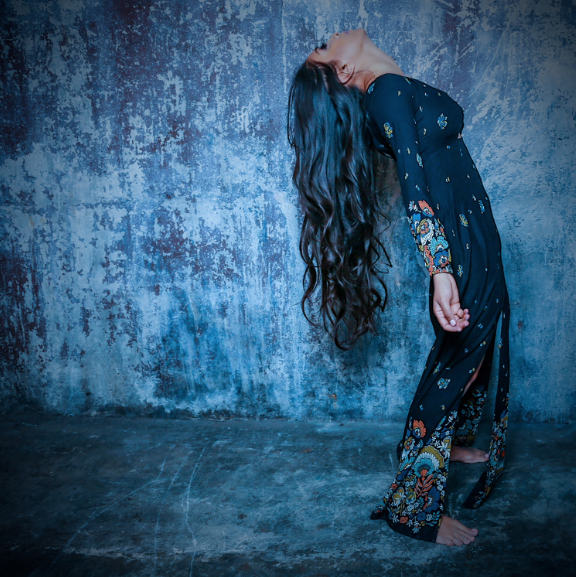 London-based singer and producer Chantitown has shared her new single ‘Alive’ from anticipated EP Camouflage. The song was released October 18th via Sinking into Blue ahead of her upcoming EP Camouflage scheduled for release on 11 October. The folktronica artist’s latest single ‘Alive’ was produced and composed by Jim Hustwit (Universal Music, National Theatre, Almeida Theatre) as well as singer-songwriter Chantitown herself.

The single follows the release of ‘Strong In Broken Places’ and the success of prior award-winning release ‘Cause and The Cure’ which won the talented artist “Best Song Of The Month” for Songwriter Universe.

Chantitown studied English Literature and Performing Arts. Passionate about poetry, she organically transitioned into songwriting, her music therefore bearing a strong poetic parallelism. The alt-pop folk singer notes a wide variety of acoustic singer/songwriters such as Jose Gonzáles, Bon Iver and Michael Kiwanuka. Her vocals have been compared to the likes of Fever Ray, Lykke Li and Aurora, and stylistically compared to Lorde, Bat For Lashes, and Lamb.

‘Alive’ proves her mastery as both a vocalist and songwriter. Chantitown explained, “‘Alive’ is a song about falling in love with life again. My days became relentless and overwhelming. As time passed, I knew something had been lost. I was drawn to people who felt like sunshine and with perspective (as well as a kick up the backside) I realised I had been sleepwalking. With the realisation came a fierce determination to do things very differently. I wanted this song to feel epic using percussion, strings and whatever it took to get this incredible realisation translated into music.”