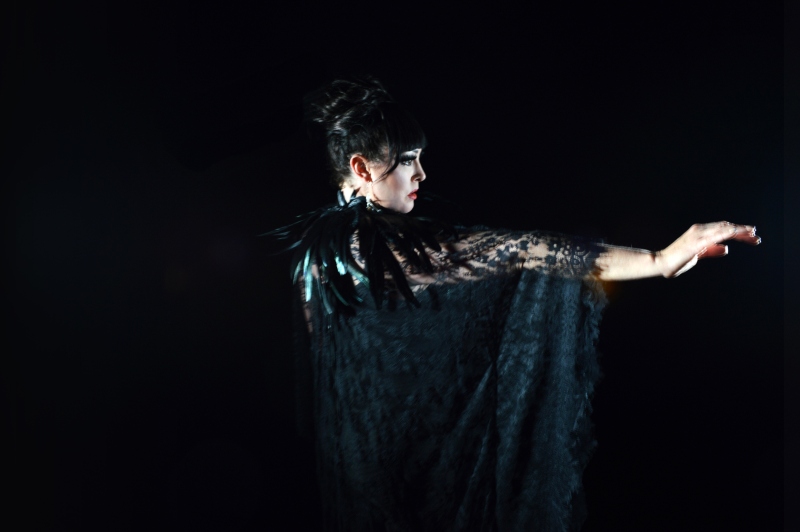 Seductive and mysterious is what one can most certainly say about KARMACODA’s latest video for their gripping single ‘Traps’. Consisting of vocalists Jessica Ford, Brett Crockett ( also known as B.) and multi-instrumentalist Eric Matsuno, this electronic genre hybrid has left many waiting in anticipation for their upcoming album release Slow Down, Melt and Catch Fire via Sola Musa Music. The album is set for official release on the 2nd of July, but fans of the band have already been treated to two stellar and cinematic music videos for featured single’s ‘Make Me The One’ and now the latest offering ‘Traps’.

Sound Lab (read feature) previously called the ‘Make Me The One’ video a “glamourous & simplistic” masterpiece with its noir effect throughout. The ‘Make Me The One’ video   perfectly captured the emotional performance with the same sophistication that the ‘Traps’ track displays. The ‘Traps’ video strategically introduces colour with specific emphasis on red tones, which mirror the thoughts of danger, entrapment and toxicity that is evident in the lyrics. This immediate contrast between the two videos can already lead the mind to suggest that this album carries a whirlwind of emotion and quirks throughout. Fans of the band are in for an emotional rollercoaster ride for sure with this forthcoming album.

KARMACODA  previously featured on Muze FM  with the ‘Traps’ single.