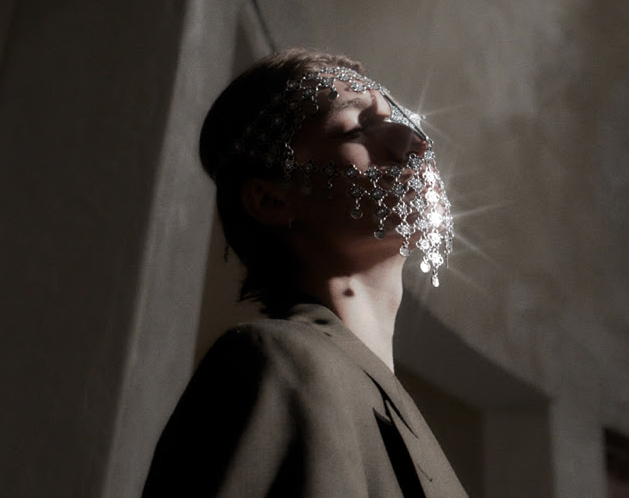 Lebanese-Australian producer Tobiahs presents his latest single, ‘Touch’: a sensual dance track that throws back to a golden era of house and pop crossovers.

With its pulsating kick driving underneath an emotive vocal performance from fellow Melbourne artist Blush’ko, ‘Touch’ weaves between a dancefloor favourite and a tortured love ballad. Powerful chords build over feelings of lust, loss of control, and a tormented refrain: That’s why I need you to please just let go.

The energy of the track and the urgency of the vocal was for Tobiahs a perfect combination: “after everything that’s happened in the past year (or more) I can’t wait to get back playing in clubs and feeding off that energy – but being locked down at home has given me space to go back to my roots and re-find my love for 2000s pop tracks.”

“With ‘Touch’ I was looking for something that you could move to, but with a vocal that really resonated – and when my good friend Blush’ko came through with his acapella I knew I had to have it”.

‘Touch’ comes as the latest in a string of electrifying singles from an artist who has skilfully crafted a signature sound that combines elements of house, pop and garage to deliver a unique vision of lyric-driven dance music – while amassing tens of millions of streams in the process.

After initially gaining widespread industry attention at the age of 15 through a series of remixes shared online, Tobiahs’ debut single ‘Through To You’ was released in 2017 to critical acclaim and has since garnered millions of streams across Spotify and Apple Music.

Two follow-up singles, ‘To Be Honest’ and ‘Sculpted’, further established Tobiahs as one of the country’s most exciting and in-demand young producers, with ‘Sculpted’ receiving high national radio play and Triple J including him as an Unearthed Feature Artist. He then made his festival debut alongside the likes of Mura Masa at FOMO Festival in 2019, and shortly after signed with local tastemaker label 100s + 1000s. His debut label release ‘Late Night’ defined Tobiahs as the artist-to-watch amongst Australian electronic producers as he displayed a bolder, darker and more sensuous sound to further critical acclaim. Two further releases have since followed, both drawing inspiration from his Lebanese heritage: ‘Running’, an enticing and cathartic dance track inspired by the sweat and spirit of Beirut’s all-night club scene, and ‘Beirut’, a charity EP in aid of the city’s December 2020 disaster which raised over $6,000 for the Lebanese Red Cross.

After an extensive songwriting period, ‘Touch’ marks Tobiahs’ first release for 2021 and what is certain to be the beginning of another big moment for the Melbourne artist.