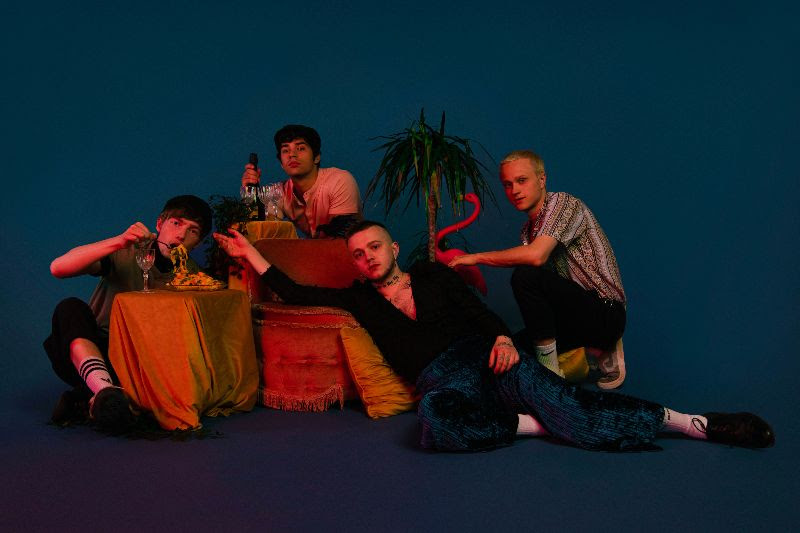 The Jacques have released the video for their new single ‘Holy Mamacita’. The track is taken from their debut album The Four Five Three, out November 6th via Modern Sky.

The intoxicating animated visual accompanies the dreamy love song with a twist, detailing what it’s like to let somebody down. It was created by Liv Simpliciano and Conor Hayward. Liv explains, “It was a fun and collaborative process. I used pastel colours and playful lambs to elaborate on the song’s themes of innocence. The black and white herons represent contrasting motivations. I wanted to use imagery of birth and rebirth to compliment the journey and resolution that takes place in the song.” Conor continues, “We love how it turned out”.

Meanwhile lead singer Finn O’Brien comments, “My favourite character is the little Holy Ovejita! It actually really reminds me of a little tattoo I have on my rib from years ago. Maybe it will make some further appearances, who knows…”

It’s the latest in a series of amazing videos from the creative London indie band for songs from their upcoming debut album. It follows scenes of the band tripping out in their flat for ‘Do Me For A Fool’, and the kaleidoscopic whirlwind animation of ‘Kiss The Pharaoh’.

Their debut album The Four Five Three is a remarkable collection of songs, which pulls together fuzzy post-punk, romantic and hazy ballads and exemplary pop fests in what is an emotional roller-coaster of a record from The Jacques.