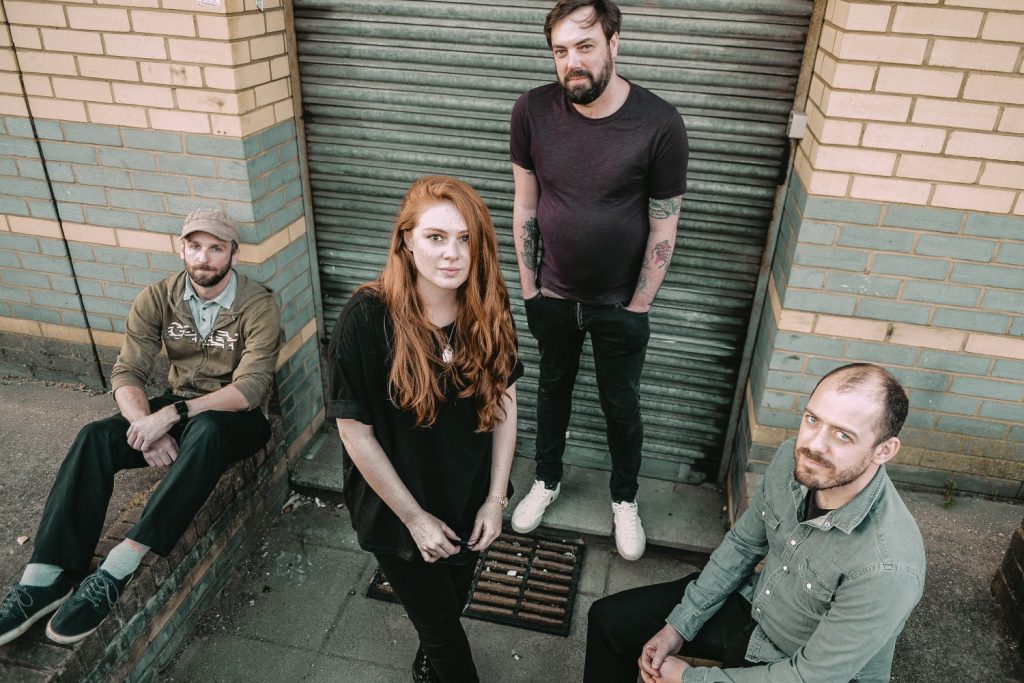 With a common love for rock ‘n roll and feel-good sentiments, band Giant Sky has unveiled their new album Not Today via Bloody Sunset Records. Let’s just say it is bloody brilliant with themes of protest against the system of discrimination, rising above adversity and basically a metaphorical middle finger to your haters. Prepare to feel an array of emotion with featured tracks ‘Human’ which takes an anarchic approach and ‘Home’ which will remind you of your childhood home.

The band has seen support with the feature in reputable publication CLASH Magazine and Indie Music in recent times. Could you see a reason why they should not be heard? What’s not to love about a band that is politically and emotionally aware of the issues that burden our generation, and implement it into their sound? The band also previously featured on RCRD LBL with song ‘Snow’, which spoke on the social impact the pandemic had on everyone.

Vocalist Olivia Bond’s vocals are honeyed but she makes one engaging singer nonetheless with tenderness and a poised attitude. The entire band make this album sound like a crowd favourite, that will have everyone singing their lungs out in no time. Each track conveys a different vibe, but one thing remains the same and that is that there is always an element that represents hope in each song. A band with this ability needs to be acknowledged and supported.