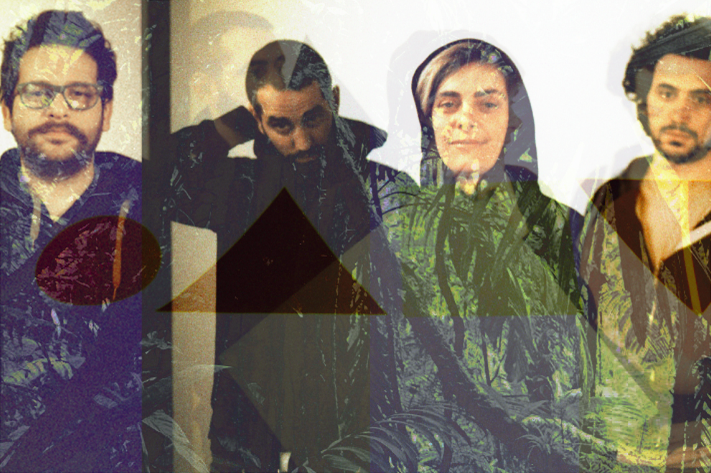 White Slide EP is the latest offering from dream-pop quartet Amycanbe, slated for release on 19th April via Open Productions. The band has already shared the title track as a prelude to the upcoming album, as well as a video.

Amycanbe is the collective energy of Francesca Amati (vocals), Mattia Mercuriali (bass, guitars, keys), Marco Trinchillo (drums, keys) and Mattia “Matta” Dallara (keys). Originally formed in 2005, they have a collection of albums and EP’s to boast, with 2011’s Mountain Whales a particular success amongst critics and fans alike.

The band explains the conception of the track: “White Slide’ is a song originally started as an instrumental demo by Marco Trinchillo for a dance side-project. When Francesca Amati heard it, she immediately felt she wanted to sing and wrote the lyrics.”

‘White Slide’s’ endlessly engaging melodic style gives nod The xx, The Naked and Famous, or The Cocteau Twins, but there’s a sprinkling of psychedelica buried underneath the hypnotic melodies. An intoxicating blend of sounds, Francesca’s vocals are so intimate and dreamy, it’s as if she’s whispering a secret into your ear.