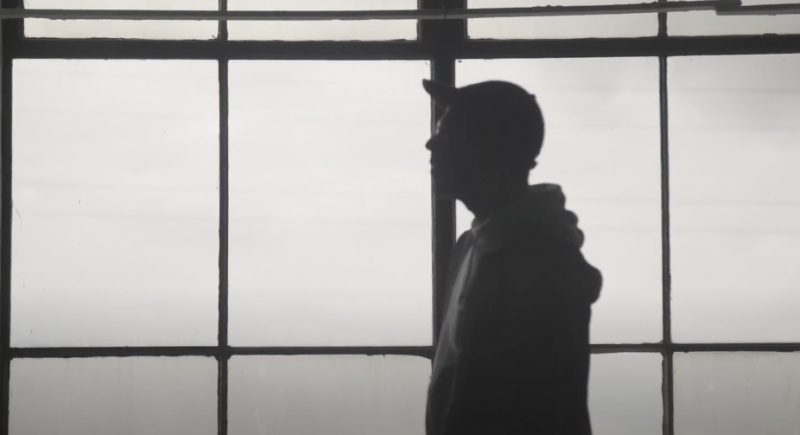 Irish producer Chris W Ryan (Just Mustard, NewDad and his own Robocobra Quartet) began releasing music under the moniker SORBET in 2020 with the express intention to cleanse the palate; both for the listener and himself.

Exploring freely across genre bounds, the world of SORBET is informed by electronic music just as much as classical and alt-pop, with nods to artists like Laurie Anderson, Arthur Russell, Kate Bush and David Byrne.

His new single ‘I Heard His Scythe feat Maija Sofia’, the first from his upcoming debut album This Was Paradise is now accompanied by new visuals. Shot during lockdown in Belfast, the video follows a unlikely protagonist as the producer watches from on-high, draped in shadow. As the audio descends in murky, warped reverberations and bass, the visuals become equally fraught with tension and unease, breaking into a panic sprint as the track reaches its spiritual crescendo.

SORBET – ““I Heard His Scythe was inspired by a guy I had been seeing for a while who just stopped answering my messages one day and seemed to disappear. I had this sense for a few weeks that I would eventually run into him; it’s an uneasy feeling. It made me think about all the things we avoid and that avoid us, leading to the album’s themes of the impending reaper’s scythe of climate change. The music video borrows from the paranoia of 1970s film and feels like some weird cross between a thriller and a hip-hop video.”